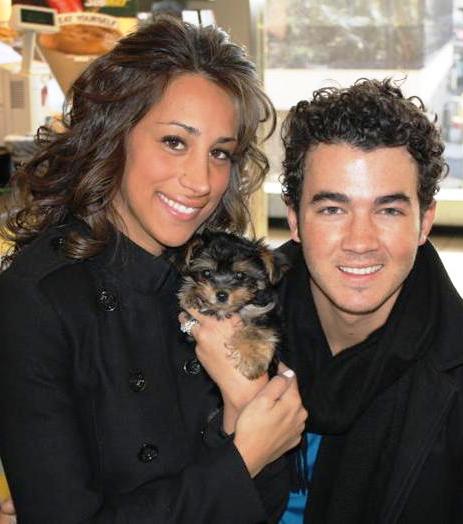 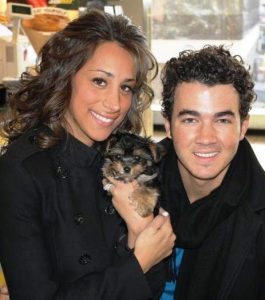 From People Magazine Pets… “While dad’s away … mom and puppy will play!

“Kevin Jonas*‘s wife, Danielle, hangs with her Morkie, Riley, on Wednesday before heading to a JoBros concert in Auburn Hills, Mich.”

*Yes it’s Kevin Jonas of THE Jonas Brothers, one of the original boy bands, still going strong.  Kevin and Danielle, who wed in 2009, don’t have kids yet but tell reporters they’re “getting experience” thanks to their two dogs: 4-lb., 2½-year-old Morkie named Riley, and a 3-lb., 1½-year-old Maltese named Maci.  Awwww! 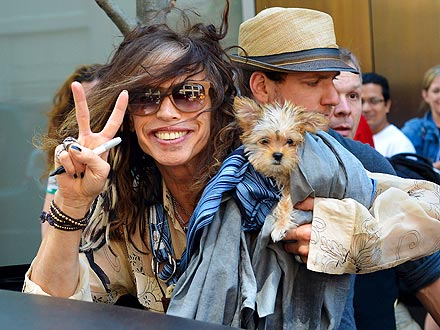 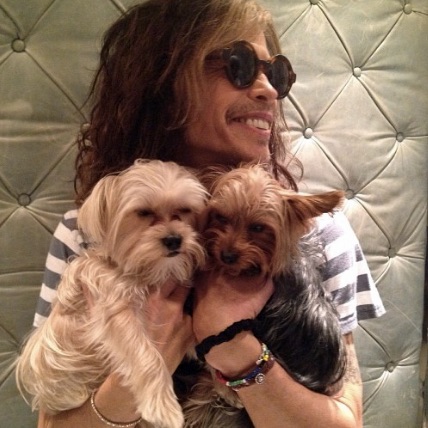