Did you know that July 4th is THE number one day for lost dogs? Fireworks are the reason; dogs really, really hate them! They will try to run off and find a quiet sheltering spot, only to be found hours or even days later, exhausted, dehydrated and frightened.  You can avoid being a statistic with these common-sense guidelines:

1. Keep your Morkie away from fireworks

Put him in a quiet, small spot such as in his kennel cage if he’s happy with that. Or try the bathroom or smaller bedroom. Give him his bed, toys and plenty of water and he’ll be fine.  Leave a small light on.

2.  Having a party? Secure the door

Many dogs use the excuse of people coming and going to dash out and run away.  During a party or get-together, you might not even notice that your Morkie has taken off until much later. So again, secure him in a comfortable spot and designate one family member to be on “Watch Dog” duty.

3.  Be careful with food and drink

Well-meaning (or annoying!) friends and relatives might think your 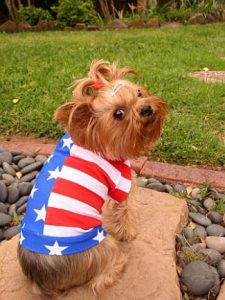 would like some of that super hot Italian sausage or a sip of beer.  WRONG. Anything barbecued, alcohol, coffee, chocolate, onions, grapes, and raisins are just some of the foods that can make your Morkie really sick. Stay with his regular food for a diarrhea-free 4th

Your dog can be attracted by the nice scents of sun blocks especially but these are dangerous for him to ingest.

And they’re not to be used on your dog – look for an animal-specific version instead. Insect repellants containing DEET have been linked to neurological problems and small dogs because of their size, are especially vulnerable.

A collar with permanent i.d. plus microchipping are two ways to help your lost Morkie get home faster. What’s on your dogs’ collar tag? Use the small space for two things only: your phone number and REWARD. 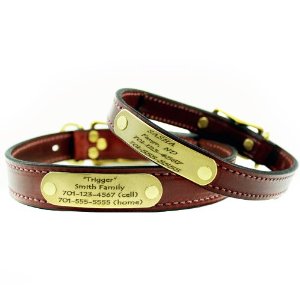