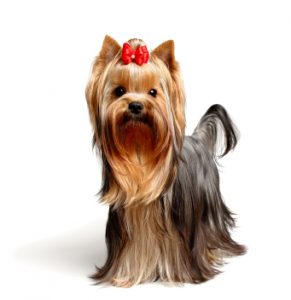 According to a preliminary investigation published in March 2012*  employees who bring their dog to the office can cap the amount of stress experienced during the day, and improve job satisfaction for all.

Randolph Barker, a dog-loving management professor, monitored the stress levels of employees at a retailing and manufacturing business with a 14-year history of allowing dogs in the workplace.

On any given day, the firm would have 20 to 30 dogs and 450 to 550 employees working across a facility about the length of five to seven football fields, Barker says.

A sample of 76 employees were studied — some brought their dogs to work, some didn’t, and some didn’t own dogs. The study found that while everyone started the day with low baseline levels of the stress hormone cortisol, those who didn’t bring their dogs to work reported drastically higher levels of stress by the end of the working day.

Those who had their dogs with them had low levels of stress throughout the day, and about half of that group felt that dogs were important to their productivity. Of the two groups without dogs, 80% felt that the dogs in the workplace had no negative effect on productivity.

The study’s participants all rated the company higher than the industry mean for job satisfaction and perceived organizational support. Barker also noted that the dogs appeared to be “communication energizers,” sparking conversations amongst employees, and increasing engagement.

“We think dogs’ presence in the workplace may reduce stress for their owners, increase job satisfaction even for those without pets, and it may increase perceptions of organizational support,” says Barker. “It’s a low-cost wellness intervention, or benefit, that’s available readily to any organization.”

And accordingly to Rose Hoare , writing for CNN (July 23, 2012), dogs have long been deployed for their therapeutic value in rest homes, hospices, shelters, funeral parlors and disaster zones. And in the United States they are permitted in court to help calm witnesses giving potentially traumatizing testimony.

There could be a chemical explanation for this effect. Researchers have discovered that interaction between dogs and their owners, even if it’s just exchanging glances, can increase levels of oxytocin, the “feelgood” hormone thought to bond breastfeeding mothers and their babies.

Downside of dogs in the workplace?

Pet Sitters International, which runs an annual Take Your Dog To Work Day to promote pet adoption, recommends employers check with their landlords and insurers before allowing dogs in the workplace, enforce a zero-tolerance policy toward aggression, and designate dog-free areas for employees who don’t enjoy canine interaction so much.

Its sample policy stipulates that dogs must be clean, disease-free and vaccinated, as well as toilet-trained. They may attend meetings, but only “if they are quiet and do not distract participants.”

What do YOU think about dogs in the workplace?

* Study was published in the International Journal of Workplace Health Management by researchers at Virginia Commonwealth University’s School of Business.