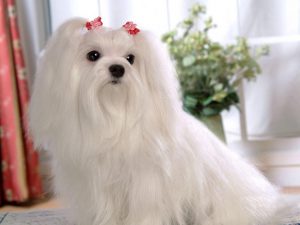 Dogs left in hot cars are a problem every year. Dogs can’t sweat like we do, to reduce body heat and cool down. So left for a few minutes in a hot car, they die. Hundreds every year.

It shouldn't be that hard to understand.

It should be simple, after all the news reports of dogs left in hot cars who tragically die.  But apparently, it’s not so simple for some people.  Dogster reports:

On June 29, Angela Kleinfeld was arrested after her dog died in her hot car in Pleasant Hill, California. Outside temperatures were more than 100 degrees. Police broke into the car and took the dog to the Vet, but they were too late.

A day later, police rescued a cat and dog from a hot car in St. Helena, California, as the owner was off wine tasting. It was 94 degrees “in the shade,” said St. Helena Sgt. Scott Fleming. “On concrete, in a car half in the sun, it was much hotter than that. It was an oven in there.”

A day later, police charged a New Hampshire woman with cruelty to animals after allegedly finding her dog in a hot car in the Short Sands Beach parking lot in Maine. The dog was “panting and looking distressed.” The owner arrived and was “rude,” and said she didn’t leave water in the car because the dog spills it.

Is it really possible some people just don’t get it?

A study from Stanford University shows that even on comparatively cool days, such as 72 degrees, a car’s internal temperature will rocket to 116 degrees within 60 minutes. And keeping the windows open a crack hardly slows the rise at all.

Surely we all know this. But people will still ‘run into the store for a minute’ and leave their dog to die. Really really dumb people like Angela Kleinfeld, the woman whose dog died, above, in a car in California.

Even a short time in a hot car is too long

8 DUMBEST REASONS TO LEAVE YOUR DOG IN A HOT CAR

DO THE RIGHT THING

The problem is so widespread that 27 states now have laws about pets left unattended in vehicles. Some laws ban the practice outright, while others protect police and citizens if they break into the vehicle to rescue the pet.

Don’t hesitate, say law enforcement officials.  Call 911 right away.  Do the right thing and intervene to save a life.

And please remember, Morkies are so small, they are affected more quickly.

Suspect your dog has heat stroke?

Signs of heatstroke include drooling and excessive panting. Your dog might become and listless or even unconscious.

In the meantime, wet your down dog with lukewarm – not cold – water. Offer drinking water.