Could your Morkie be a service dog?

When we talk about dogs with jobs – specifically those who help humans – we’re really talking about three different roles.

And Morkies are ideal for at least one of those roles. Maybe YOUR Morkie is waiting to serve!

There are 3 kinds of dogs-with-jobs:

Let’s look at each a little closer. 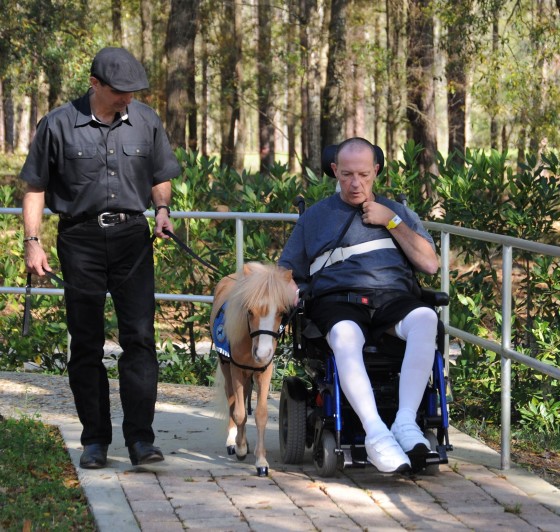 See what the University of British Columbia is doing with therapy dogs: www.vanecovillage.com/ubc-welcomes-dogs

How to develop your Morkie into a Therapy Dog

If your Morkie has the personality, he’s needed!

Can your Morkie pass the requirements to be a Therapy Dog?

Therapy Dogs must be confident, friendly, patient and gentle in all situations.

Besides a great personality, your dog must be:

How happy would someone be to have a visit from this Morkie therapy dog?

Typically, you’ll need to pass a criminal check; take a course or two (at no cost) and register with an organization, often for a small fee to cover costs.

If you think you want to share your Morkie’s love, with people who really need it, please consider the Therapy Dog program. Google “local therapy dog groups”; most post very helpful information on what’s required, the possible postings for therapy dogs and what the handler must know or learn. They’re always looking for good volunteers. 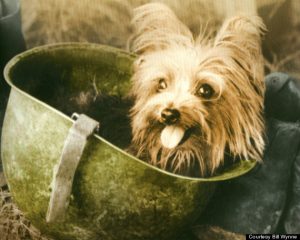 Smoky the Yorkshire Terrier, WWII. Believed to be the first ever therapy dog.

Many (including Animal Planet researchers) believe that Smoky, the war hero dog from WWII, was the first therapy dog.

Found wandering in the jungles of New Guinea by an American soldier, Smoky was a full grown 4 pound female Yorkshire Terrier. Not able to find the owner, eventually Smoky turned over as winnings in a card game, won by American Corporal William Wynne. (Value: about $6)

She served with Wynne for almost 2 years, living in primitive conditions, running on coral in equatorial heat and surviving on army rations. Smoky was so smart and easily trained, that she performed many valuable functions for the army.

Just one example came during the building of a crucial airfield in Luzon, an island in the south Pacific. Smoky carried a telegraph wire through a 70-foot-long pipe that was 8 inches in diameter. Soil had sifted through the corrugated sections at the pipe joints, filling as much as half of the pipe, giving Smoky only four inches of headway in some places. But she did it.

That one job alone saved 250 men from having to dig a trench out in the (dangerous) open, across the flightpath. It also saved them moving 40 airplanes off the tarmac.

During her service, Smoky even parachuted!

After the war, Smoky was so talented, that Corp. Wynne began taking her to see wounded veterans in hospital. One of her first visits was to the Mayo Clinic where she cheered up servicemen. She soon became a regular visitor, as doctors noted her positive effect on the patients.

Smoky also appeared on more than 42 live TV shows without ever once repeating a trick.

She worked as a therapy dog until her death at the age of 14. Wynne and his family put her to rest in a World War II .30 caliber ammo box in the Cleveland Metroparks, Rocky River Reservation in Lakewood, Ohio.