Inhumane or not? Many animal lovers believe that de-barking or “devocalization surgery” is the worst thing ever. Here are some facts for you to ponder.

What is debarking or bark softening? 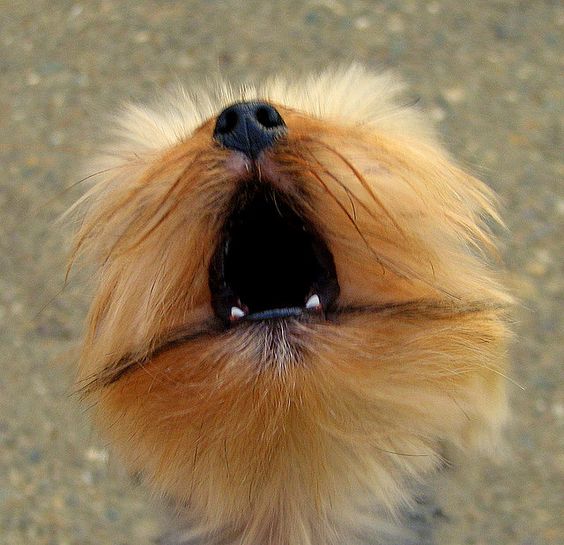 A surgeon punches out part of the dog’s vocal chords, or cuts them out. But your dog can still bark. Just not so loud. But lookout: sometimes scar tissue forms and heavy barkers will become louder than when first debarked. According to Dr. Kristy Conn, writing on the site cesarsway.com, this is more common than you might think. Now that’s Karma.

What are the pros and cons?

Although the Humane Society doesn’t have an official statement on the surgical removal of a dog’s vocal chords, they do clearly underline the risks and dangers in this fact sheet.

On the plus side, reducing the volume of a dog’s bark just might save him from being dumped at the pound and eventually euthanized, say some. The National Animal Interest Alliance — an organization which promotes the welfare of animals, has poked holes in some of the myths surrounding de-barking a dog.

MYTH: Dogs who have had this procedure are emotionally scarred for life.
Not true they say. And in fact, since the owner is not constantly correcting him for excessive barking, he might have a better life.

MYTH: It’s a very dangerous operation.
Partly true because basically, it’s medically unnecessary surgery. There IS some pain and discomfort while the dog heals. It is at least as dangerous as any procedure that requires anesthesia, whether it is a dental cleaning, spay, or neutering. All operations have some has intrinsic risks.

MYTH: Most dogs who’ve had this operation make wheezy, squeaky sounds and sound like freaks.
Not always true. Unless there’s serious scar tissue, a debarked dog can still usually bark like normal. Just not so loud. However, if you search youtube for de-barked dogs, you’ll hear some sad noises.

Many organizations remain firmly against removing or reducing an animals’ vocal chords.

Several U.S. states have already passed laws banning this operation, including Massachusetts and other states are trying to pass the necessary laws banning it, including California, New Jersey, and Ohio.

The practice is banned in Great Britain, where it is considered absolutely barbaric. In fact, the governments of the U.K. and 18 other countries have signed it into their laws that this procedure is banned.

What about the underlying behaviour?

The big question is why is your dog barking too much? Devocalization does not of course, address the underlying behavior that may be causing the barking or crying.

The reason for the barking or crying, whether fear, boredom, stress, will continue and escalate, and a devocalized dog or cat may act out in other ways, like biting.

Why not just train your dog to stop barking so much?

Easier said than done, say some owners. There are some breeds, and Morkies are not among them, who just won’t stop barking. They’re called “talkative” and include Shelties (Shetland Sheepdogs), Collies and Dalmatians.

“Anybody who feels that debarking is barbaric or inhumane has clearly never, ever had an incessant problem barker, or tried to live with or near one. I’m not talking about dogs who have been mistreated, left alone for hours on end, or who are left outside in an empty yard or on a chain. I speak of the normal, average house dog, and this is an extremely common and frustrating scenario,” says one frustrated owner.

It seems that the main proponents of devocalization are breeders, (dogs are easier to handle in the ring, plus they likely have a LOT of dogs); The famous Westminster Kennel Club Dog Show operators admit that there are a number of de-barked contestants.

Some Veterinarians are still vocal supporters of the practice (procedure = source of income) and there are some people whom others might call insensitive.

Chances are, de-barking will go the way of ear cropping (cutting off large portions of the ears on certain breeds under anaesthetic, strictly for looks) and tail docking – no anaesthetic, just lop off part of the puppy’s tail!

The American Kennel Club disagrees, but then this is the group who publishes breed standards which INCLUDE things like chopped-off tails.