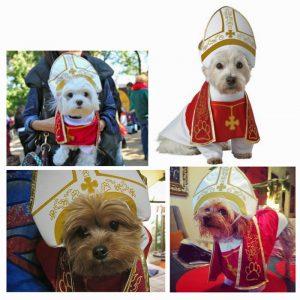 Pope costumes for dogs are very popular this year

Just look at these numbers: this year’s poll from the National Retail Federation showed that 68 million Americans will dress up this Halloween — and another 20 million pet owners will dress up their pet!

After Christmas, it’s the single biggest retail spending holiday of the year and that’s not counting the dental bills after!

Really popular this year for pets?

Pumpkins are always a sure bet, along with Superheroes and bumblebees. Norwalk Store Manager Walter Randall says that this year, the best selling new style is what he calls “Pop Riders.”

“You put it on your dog, it can be a princess or cat, or even a horse rider. It makes it look like the little man is on top of your dog riding it like a horse.”  OMG  Picture one of these on your Morkie! 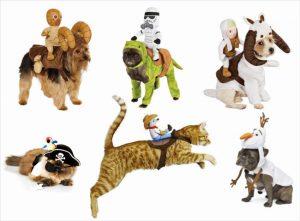 “Pop rider” for a bigger dog…. it’s a little person on top of the pet, dressed as a cowboy, Star Wars character or whatever else strikes you. They’re all the rage this year according to retailers. 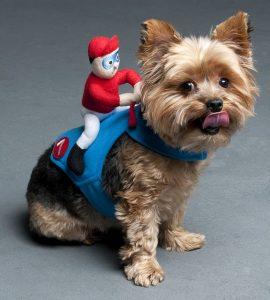 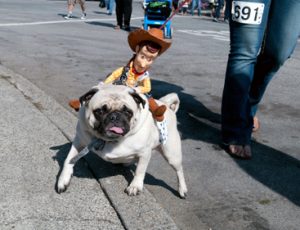 Woody, the cowboy from Toy Story, rides a pug on the way to the parade.