Don’t be impressed with AAFCO “approval”

The Association of American Feed Control Officials, called AAFCO, is a private organization of volunteers in the animal feed feed industry — including people from the pet food industry itself.

It is not mandated by any laws; it does not write laws or change them.

AAFCO sets standards for nutritional adequacy for a wide variety of animal feed, including cattle feed, feed for commercially raised rabbits, pig feed, dog and cat food, etc.
In my personal opinion, AAFCO regulation falls FAR short of protecting the welfare of our pets; here are some reasons why I say this.

Food is either analyzed in the lab, or AAFCO runs feed trails.

AAFCO states clearly in its mandate, that it is setting standards for adequate nutrition. Not good nutrition, not particularly healthy. Adequate to keep the animal alive. 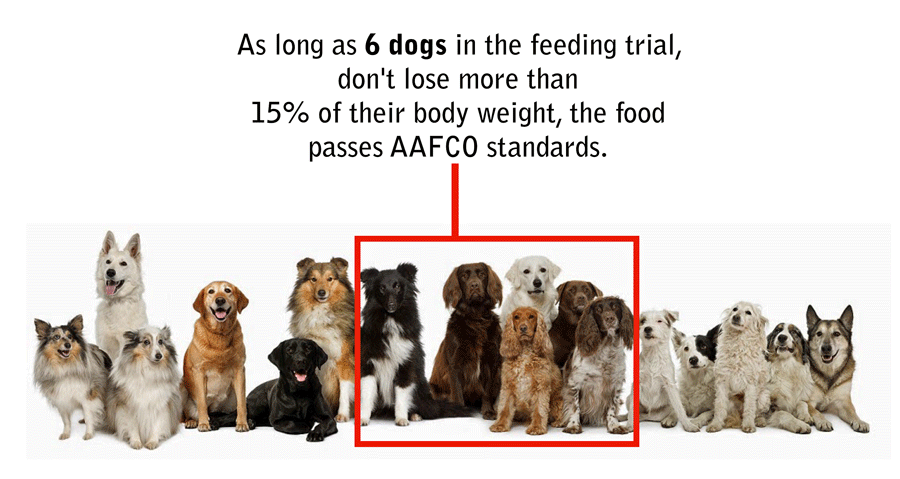 2. FEED and FOOD is very different

There’s a big difference between FEED and FOOD.

AAFCO is mostly comprised of Feed Control Officials. These are state department of agriculture representatives who work together on feed that livestock eats. It’s nothing like our FOOD or what we think of as our pet’s FOOD. AAFCO is all about FEED.

Feed is all about fattening commercially raised animals for slaughter with the minimum resources possible; food is about building and maintaining good health.

One difference alone – FEED is allowed, per FDA, to contain euthanized pets and pesticide-laden grains and vegetables that wouldn’t be allowed for human consumption. (www.truthaboutpetfoods)

AAFCO does not approve, certify or reject pet food. Wording on pet food actually says that it MEETS the nutritional requirements established by AAFCO. Those standards, as mentioned, are what’s needed for adequate nutrition, in highly processed pet foods. 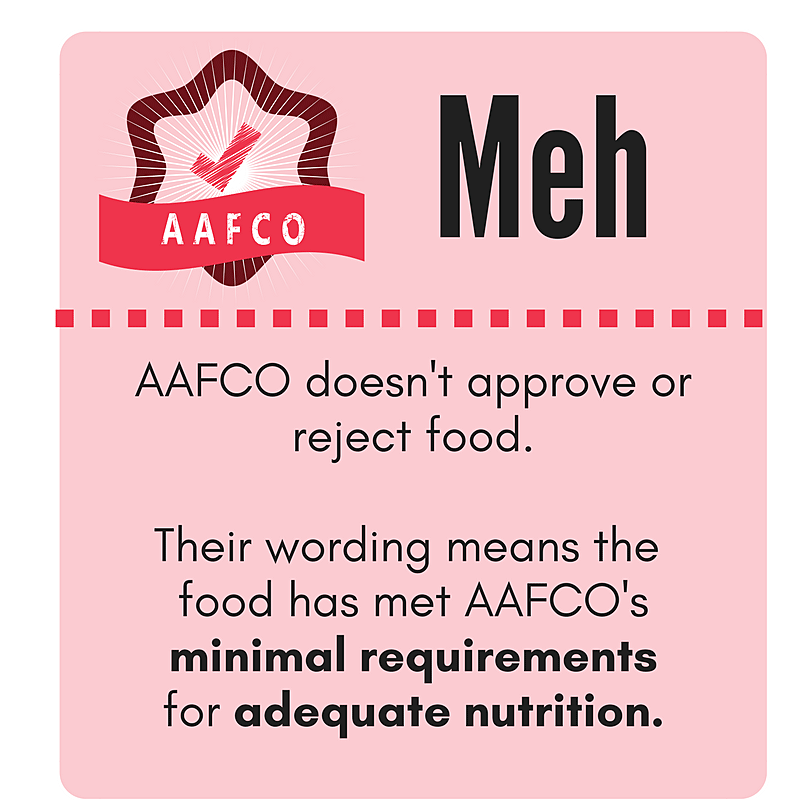 4. These are the people who brought you the Label Laws

Remember these rules? You can read about them in detail on my blog, What’s on Your Dog’s Menu, but basically it’s a serious of weasel statements that tell manufactures what to call their products when they don’t contain a lot of meat. 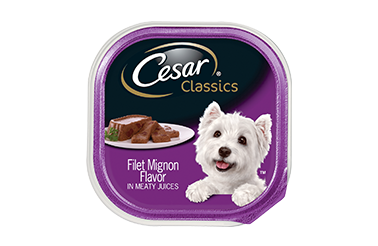 Instead, this Cesar Classics flavour contains:

It’s not even the ‘acceptable’ kinds of slaughterhouse leftovers like gristle, pieces of fatty tissue, meat from the animal’s head and feet; connective tissue – all of this goes into hot dogs and processed meat for people.

….along with artificial colouring, sodium nitrite and more. 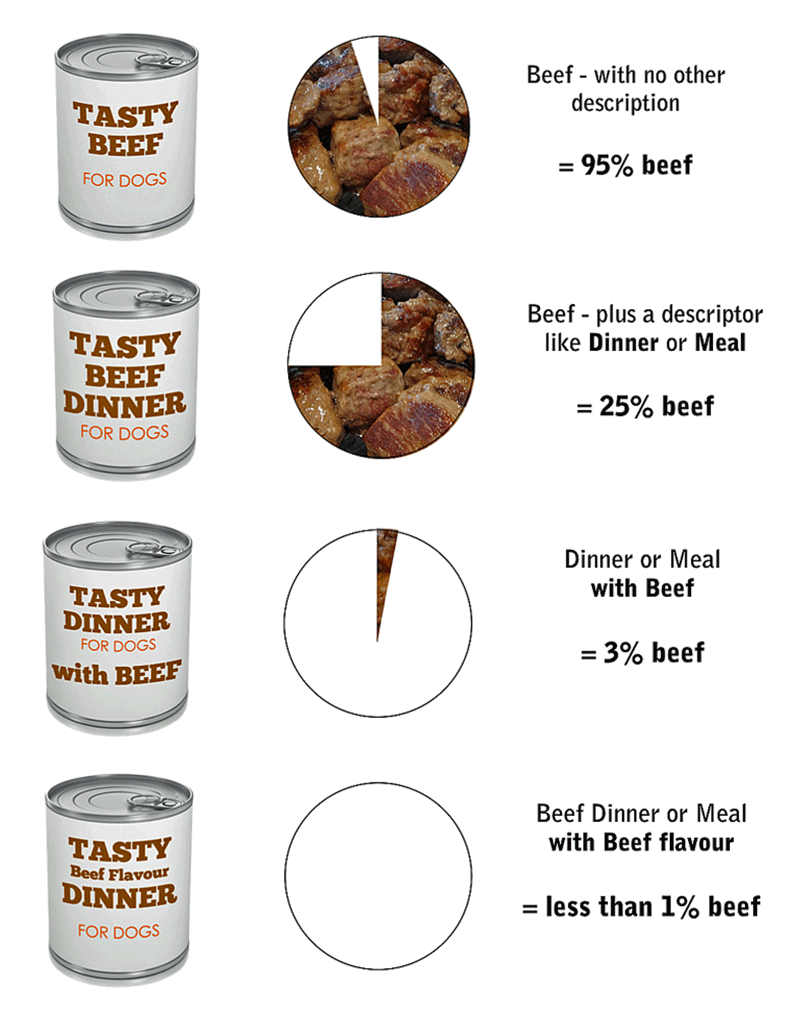 More reading on AAFCO and its role