Florida media is reporting that pets have been abandoned in huge numbers as Hurricane Irma approaches Florida. And even worse than just let out, some dogs have been chained to cars. These cars will be underwater within hours.

As Hurricane Irma bore down on the Florida Keys with 130-miles-per-hour winds Sunday morning, Florida animal control officers were scrambling to rescue dozens of pets that had been abandoned by their owners before the Category 4 hurricane raked up Florida’s west coast.

Palm Beach County Animal Care reported animal control had found – and rescued – more than 50 dogs and cats abandoned outside ahead of Hurricane Irma. Given the danger of the approaching hurricane, many have characterized the pet owners’ abandonment as animal cruelty. 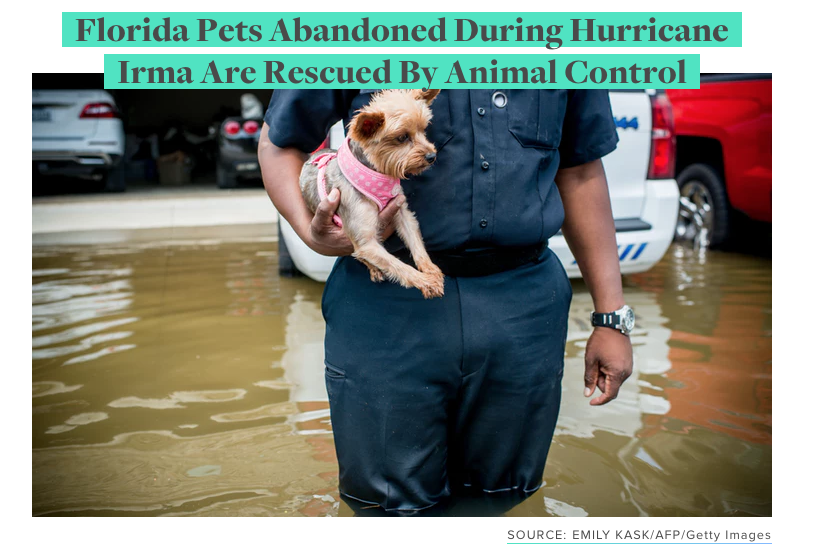 Besides the obvious danger of rising water and winds, even sand – blowing at over 100 miles per hour – can do serious damage to a dog.

“This is a prime example of animal cruelty,” Aronberg said. “We will find you, and we will prosecute you.”

A harder but more humane choice was made by many other owners, who surrendered their pets to their local County Animal Shelter. Once surrendered, there’s no guarantee that owner will get his dog or cat back.

Officials across Florida are asking the public to be on the watch for abandoned animals and if it is safe, to please take them in and shelter them during the storm. Once winds reach 35 mph, animal control officers can’t go out and rescue, because of their own safety.

Not a chance of survival

This poor guy would have drowned for sure, locked in this cage. Luckily he was discovered before the storm surge, and taken to a shelter. 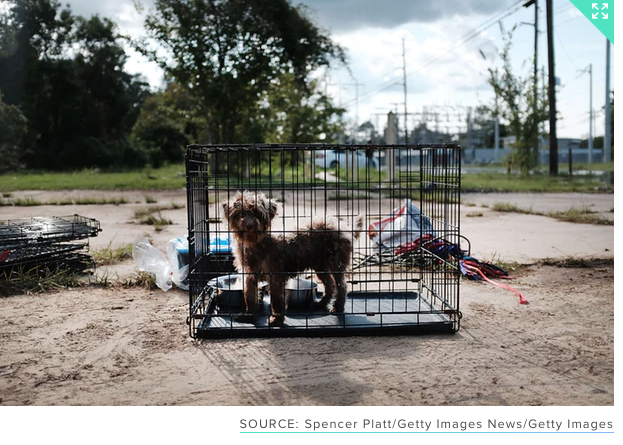 Also don’t shoot at the hurricane

OMG, who does this??? Well, the same people in Florida who think it’s OK to tie up a pet to inevitably drown during a hurricane,  was also told, no shooting bullets into the storm. They’ll come back around and can of course, kill. 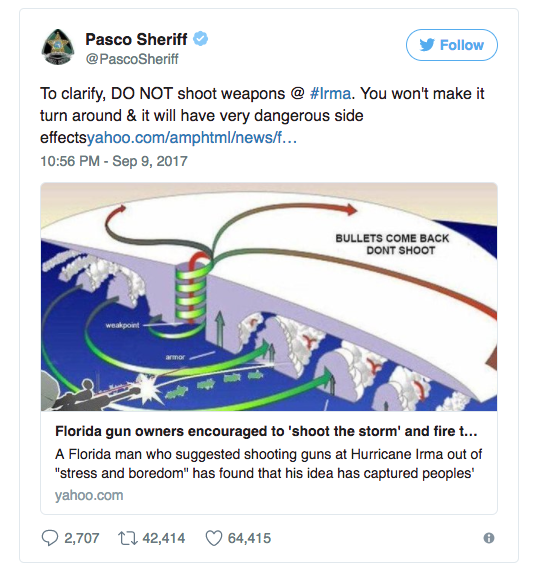