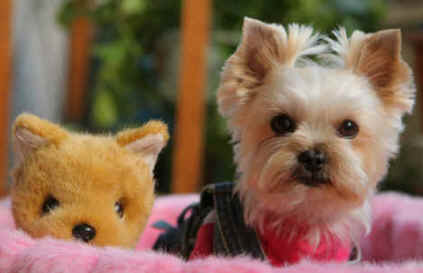 Every year, VPI Pet Insurance runs a survey from among

its 485,000 + insured pets to determine the most popular dog and cat names.

In 2012, Max and Bella topped the list once again, for the fourth consecutive year.  And while these would be great Morkie names, strangely, Max and Bella are ALSO the most popular CAT names! 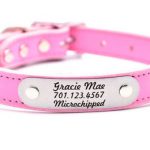 What about the least popular names?

Or at least, the dog names that are out of fashion now.  VetStreet.com reports on the drop in popularity of these former-faves:

Other names that have gone the way of your shoulder pads, parachute pants and big, big hair…. Rudy, Misty, Spike, Holly and Lucky.  So over.

Dexter – which rose from #99 last year to #25. Luna, Thor and Layla are others that are climbing up the ranks, along with Gunner, Piper and Nala (think Lion King)

What drives these pet name trends?

Experts say pop culture is clearly one inspiration for many pet names – Bella has taken off since the Twilight series became popular.  Another trend is picking regular people-names, like Leo, Penny and Zoey for example. Again these are all great names for Morkies.

And then there are the just plain weird….like Bunny Money Dogg (a long-haired miniature dachshund from New York City, Potato Chip ( a Boston terrier from California) and Captain Underpants, who got his name from his goofy and spunky personality.