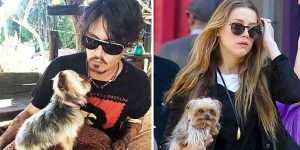 Luckily, Johnny Depp’s two Yorkies, Pistol and Boo, did in fact bugger off out today before Australia’s Minister of Agriculture had a chance to exercise his threat: euthanasia!

Agriculture Minister Barnaby Joyce underlined the fact that there are no exceptions to their strict animal quarantine laws (even if you were the sexiest man alive, twice).  In fact, if the Yorkies in question didn’t bugger off, in his words, they were dead.

It seems Johnny Depp and his wife Amber Heard, had brought the Yorkies into Australia (and for an extended period) on a private jet and did not register them properly with the authorities.  All animals must undergo a 14-day quarantine before being officially allowed to enter, in Australia and many other countries.

In fact, it’s almost impossible to bring a dog to Great Britain; when Elizabeth Taylor and Richard Burton were there to make a movie in the 60s, she was not allowed to bring her 4 dogs into the country without a SIX MONTH quarantine.  Their famous solution – rent a 120′ Bolivian yacht and keep it in the Thames River as a floating kennel, so that technically the dogs had not set foot in the country! But meanwhile in Australia, Depp and Heard were in huge trouble with government officials and it all went (hilariously) viral.

From the hashtag #WarOnTerrier to newscasters holding up signs on camera, “Bring Boo and Pistol home” … the internet was alight.  But what’s the big fuss?

Australia has strict biosecurity requirements for good reasons—to protect Australia from exotic pests and diseases that can seriously harm humans, animals and their economy. All animals entering Australia must have an import permit, which means they’ve passed the stringent requirements to get in.

The problem is that dogs can carry diseases, including rabies, ehrlichia, leishmania and leptospirosis among others.

We know all about rabies, but what are these other diseases?

Ehrlichia is a tick-borne disease and is also called ‘tracker dog disease.’ There are 3 phases and all involve a lot of pain for the animal.  Dogs in phase 3 with chronic ehrlichia usually die.

Leishmania isn’t about leashes, it’s an infection carried by parasites (the sandfly) and is more common in the Mediterranean area than in North America.

It’s also known as black fever. Signs and symptoms include emaciation, kidney failure, joint pain and more. This disease can be treated but it never really goes away; and…people can catch it from their dogs.

Leptospirosis is a serious bacterial infection. Although there is a vaccine against it, it’s very dangerous for small dogs (with the highest rate of adverse reactions) and it’s effective against only 3 or 4 of the 120+ strains of the virus.

Lepto as it’s called, can result in chronic fever, vomiting, dehydration, renal failure, severe infection and ultimately, death. This is another zoonotic – that is, people can catch it too.

Be sure and check out BringFido.com – at this link, they summarize all the requirements for visiting other countries. 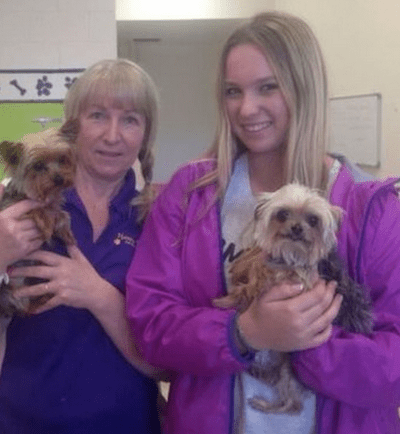 The Australian dog groomers who let the cat, er Yorkie, out of the bag by posting this pic of their celeb guests. 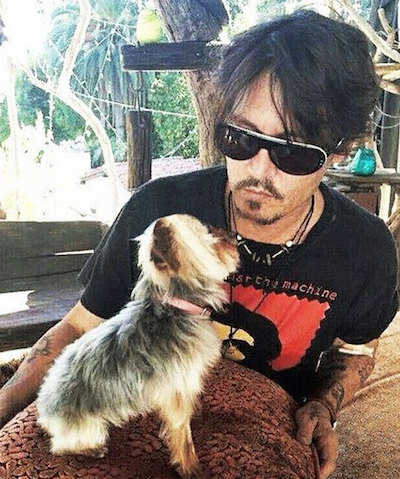 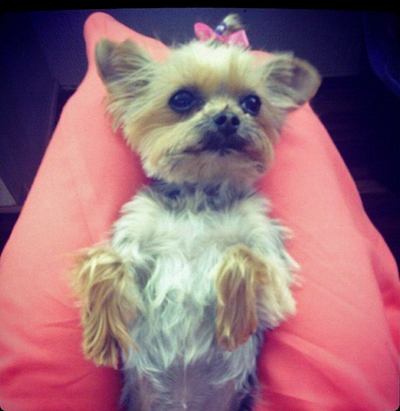 One of Johnny Depp’s Yorkies