Should you KISS your Morkie? 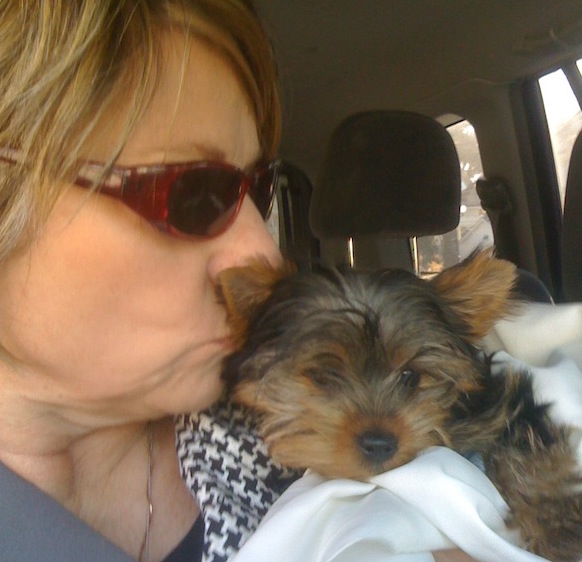 Do you… should you…kiss your Morkie or any other dog on the lips?? 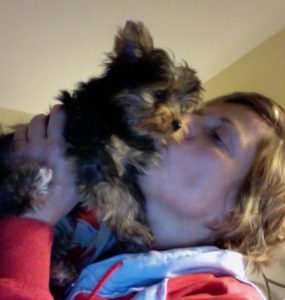 has recently sent an email about KISSING YOUR DOG ON THE LIPS… good idea or not?

As he points out, experts are divided. You’ll read warnings about catching all sorts of disgusting diseases from your MORKIE, including Salmonella and Campylobacter — both of which can make you very, very sick.

But as it turns out you cannot easily catch either from your pal – according to the renowned Center for Disease Control in Atlanta.  Much more dangerous for us? Undercooked meat.

Another website warns that you CAN get Campylobacter from the tail end of your dog (But wait, why are you kissing that end??

The Florida Department of Health claims that more than 200,000 Americans get stomach flu after ingesting a common bacterium found on dogs—and cats—called Campylobacter. Good to know because in 32 years of owing and kissing my little dogs, I’ve never even heard of this one.

When People magazine Pets interviewed Dr. Oz, he said that kissing dogs can indeed make you sick. Specifically, fecal matter can be found places we least expect, and is virtually undetectable!  So your dog might step in something outside, lick his feet and pass those deadly germs on to you.  Ugh.  He also points out that dogs – even adorable little Morkies – will eat anything they find on the street, such as a dead bird or rotting hot dog, filled with germs, bacteria and a variety of worm eggs!  Dr. Oz recommends “kissing on the cheek only.” Sort of in the Parisian tradition I suppose. 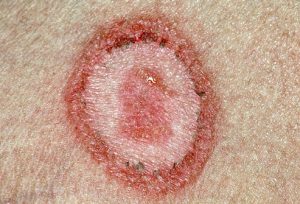 A sure sign that your dog has ringworm – which isn’t actually a worm, but is a fungus a lot like athletes foot.

Most experts agree: wash really well after playing with your dog or cat – to avoid picking up ringworm.

“Ringworm is one of the most common infections dogs pass to people. A fungus–like jock itch and athlete’s foot– ringworm spores can lurk on a dog’s coat or muzzle. Every year, ringworm makes the leap from pets to people an estimated two million times. Signs of ringworm include circular, scaly red patches on the skin.”

It’s up to you

Ultimately whether to really kiss your dog (or let him kiss you) full on the lips is of course your decision; but it sounds like you’ll want to seriously consideration both sides of the argument.