Skip the green beer for your Morkie! 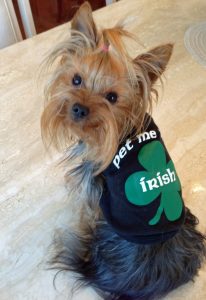 St. Patrick’s day is fast approaching and wearing green, parades and drinking make up a big part of the celebrations. But on March 17 this year, skip the green beer for your Morkie.

Alcohol is highly poisonous to dogs, especially to small ones like Morkies.

Alcohol has the same effect on a dog’s liver and brain that it has on humans. But it takes far, far less to do damage. Just a little can cause vomiting, diarrhea, problems with coordination, difficulty breathing, coma, even death.

The smaller the dog, the greater the effect.

It’s not just the alcohol in beer that’s dangerous for dogs. Dogs are allergic to hops – the basic ingredient in beer, along with grain, yeast, and water. A type of flower, hops gives beer that rather bitter flavor, and also helps preserve the drink. A bit of trivia: hops come from the same family as cannabis.

If your Morkie gets directly into hops (home brewing?), his temperature can soar and the results are scary. Muscle tremors and seizures, excessive panting and extreme restlessness can result – even total organ failure.

“If a 20 pound dog drinks one beer in 5 minutes, that’s the same as a 200 pound man drinking 10 beers in 5 minutes.  For dogs, that kind of shock can wreak havoc on their immune system.”  ~Tails to Tell Blog

If you really, really want your Morkie to share a cold one with you, try BOWSER BEER. Yes, it’s a ‘beer’ for dogs, advertised as good for shiny coats. It even has Glucosamine which aids in joint health.  Of course, it does not have alcohol, hops or carbonation. The price is a little sobering however; $28 for a six pack! Water’s looking better all the time. 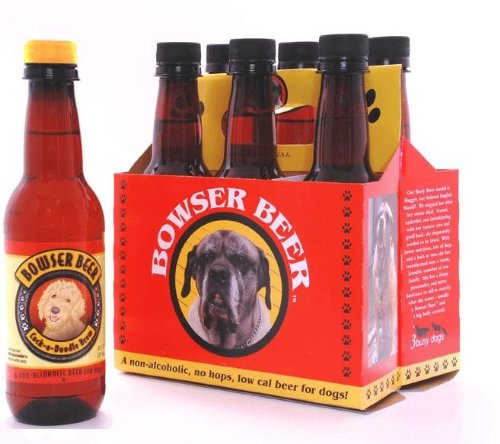 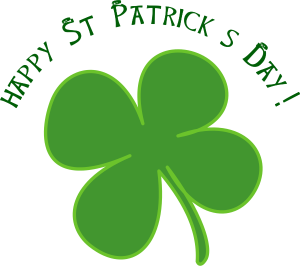 Patrick was a 5th-century Romano-British Christian missionary and bishop in Ireland. Kidnapped and taken to Ireland to be a slave, Patrick found God. Freed, Patrick returned to Ireland to convert the pagan Irish to Christianity according to legend.

He’s come to represent Ireland, and is usually shown wearing green, and holding Shamrocks. “St Patrick is said to have used the shamrock, a three-leaved plant, to explain the Holy Trinity to the pagan Irish.”  Quoted from Wikipedia, St. Patrick’s Day.