Take the No Hot Dogs Pledge

Let’s have no hot dogs this summer, says the Ontario SPCA. 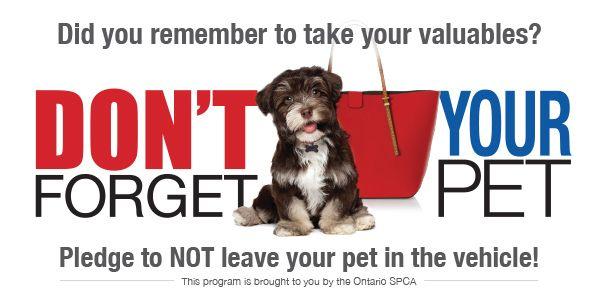 The Ontario SPCA is asking all of us to SIGN A PLEDGE to make this top-of-mind.

It’s so easy to do – to forget that is

It’s easy to do – so why not just leave your dog at home?  A couple of summers ago, even the POLICE left a dog in a super-hot cruiser and the dog died.  It’s a terribly sad story: 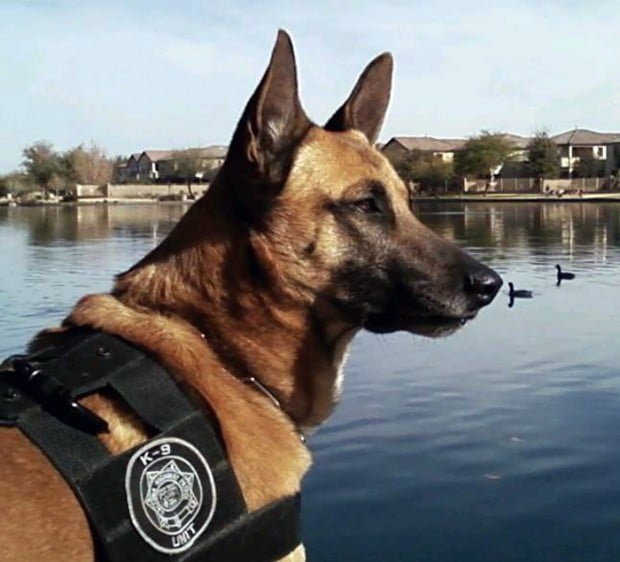 Jeg was left in a hot police car for over an hour; officer Korey Lankow is “emotionally ruined” by the incident.

When Arizona Department of Public Safety officer Korey Lankow switched squad cars last Wednesday before responding to a rollover crash, his mind was focused on the job at hand.

Unfortunately, in the midst of changing vehicles and responding to the emergency, Lankow forgot that his partner, 7-year-old Belgian Malinois Jeg, was sitting quietly in the backseat of the first squad car.

With outdoor temperatures of approximately 98 degrees in Tucson, Ariz., on the day of the incident, Lankow’s squad car reached between 100 and 115 degrees, with poor Jeg locked inside the vehicle.

After an hour passed, Lankow realized that he’d forgotten Jeg in the back of the other squad car. In a panic, he raced back to headquarters, where he found Jeg overcome by heatstroke. The Tuscon Fire Department was called to respond, and in the meantime, Lankow tried desperately to cool Jeg down with water and ice.

Jeg was rushed to the Southern Arizona Veterinary Specialty and Emergency Center for treatment Wednesday afternoon. While his condition initially appeared to improve, by Thursday afternoon, the dog took a turn for the worse.

Veterinarians explained that Jeg had suffered irreparable organ damage due to prolonged exposure to the extreme heat inside the squad car and, despite all efforts, would not recover. Officer Lankow, along with his family and Canine District Commander Captain Jenna Mitchell, stood by Jeg’s side when at 2:35 p.m. July 12, the Belgian Malinois was put to sleep.