To microchip or not? 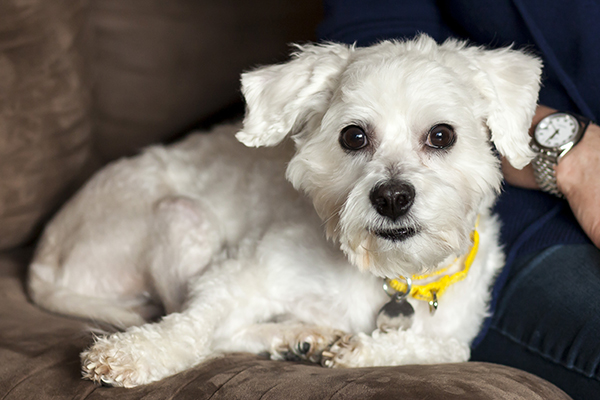 That’s how many dogs are lost every year, just in the USA. A microchip is just one way to bring your Morkie back home.

Dog microchip is implanted with a needle between your Morkie’s shoulders.

Millions of dogs get lost each year. Tragically, few are reunited with their owners. Many lost dogs end up in shelters where they are adopted out to new homes or euthanized. That’s why it’s so important that your Morkie has identification at all times.

Collars and tags are essential, but they can fall off or become damaged.  Technology has made it possible to equip your pet with a microchip for permanent identification.  These are not like GPS units, tracking the lost animal however; dog microchips are radio-frequency identification (RFID) implants that provide permanent ID for your Morkie.

A microchip is about the size of a grain of rice. It consists of a tiny computer chip housed in a type of glass made to be compatible with living tissue.

The microchip is implanted between the dog’s shoulder blades under the skin with a needle and special syringe. The process is similar to getting a shot. Little to no pain is experienced – most dogs do not seem to even feel it being implanted, and anaesthetic is not necessary.  Once in place, the microchip can be detected immediately with a handheld device that uses radio waves to read the chip. This device scans the microchip, and then displays a unique alphanumeric code.

Once the microchip is implanted, the dog must be registered with the microchip company, usually for a one-time fee. Then, the dog can be traced back to the owner if found.  Total cost is about $60. depending on your area and your vet.

Things You Should Know

Microchips are designed to last for the life of a dog. They do not need to be charged or replaced. A microchipped dog can be easily identified if found by a shelter or Veterinary office in possession of a scanner. (However, some shelters and Veterinary offices do not have scanners.) Depending on the brand of microchip and the year it was implanted, even so-called universal scanners may not be able to detect the microchip. 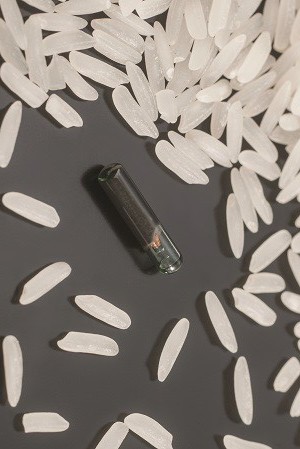 Microchips are very small; around the size of a grain of rice.

Microchip manufacturers, Veterinarians and animal shelters have been working on solutions to the imperfections, and technology continues to improve over time. No one method of identification is perfect. The best thing you can do to protect your dog is to be a responsible owner. Keep current identification tags on your dog at all times, consider microchipping as reinforcement, and never allow your dog to roam free. If your dog does become lost, more identification can increase the odds of finding your Morkie.

Do Microchips Cause Cancer?

Studies conducted in the 1990s suggesting microchips may cause cancer have recently resurfaced. This time published by the Associated Press, the story gained some momentum and was picked up by the New York Times, ABC News and other major media sources. The fact remains however that, in the last 10 years, no evidence has been found that in any way connects microchips and cancer in cats or dogs.

The pet insurance giants, Pethealth Inc., were asked for comments on the latest version of this story from one of the industry’s leading voices, Dr Walt Ingwersen. For several years, Dr. Walt Ingwersen has been involved in discussions throughout the world regarding microchip implants for companion animals. He served as Editor of JAAHA (Journal of the American Animal Hospital Association) and has published a dozen articles on the subject.

“This is not a “microchips cause cancer issue” but rather that anything that gains entrance to the body and incites inflammation could be a trigger for cancer. This is extremely rare, although there appears to be a higher incidence in certain families or lines of animals indicating a genetic predisposition. This predisposition does not simply apply to microchips but to ALL products/items that end up in under the skin,  location, including vaccines, foreign bodies, etc., and even trauma.

It’s the Law! All dogs in England must be microchipped from 6 April 2016. Dog owners that fail to have their pets’ microchipped could face a £500 fine (that’s about $800). This flap door works from your dog’s microchip, timing exits and entrances the way set them up.

Open Sesame. If you have a small dog that is microchipped, he can use the new Microchip Pet Door for free access to and from the yard — you enter the info on the door itself which acts as a kind of curfew. This timer system can set to lock and unlock at specified times, even by pet for multiple pet homes. Currently only available on their UK website, the SureFlap Microchip Pet Door will be available worldwide within the next couple of months.