What does owning a Morkie say about YOU?

Did you know that everything about your dog – his breed, size, personality, training, diet, grooming, and how you treat him – reveals a great deal about you, for better or for worse.

Psychologist and author Stanley Coren believes our choice of dogs tells a ton about us. So if you have a MORKIE ….

You’re a bit of a neat freak. You wouldn’t have a big dog that sheds all over the place (like our Golden Retriever). You love that the Morkie doesn’t shed and is a clean little dog. With hair like ours, the Morkie doesn’t give off that fluffy stuff that most dogs do, since that’s a furry undercoat. 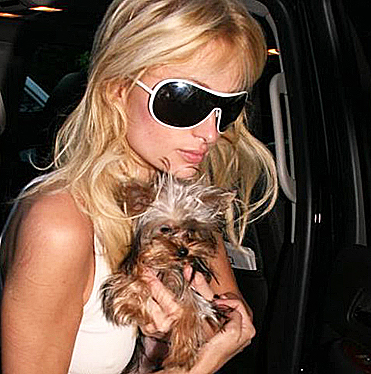 Chances are you’re a smaller woman, and kinda ‘girly girl’ if you have a Morkie, according to other psychologists.

No surprise that big dogs appeal to the male ego. And to people who are at home in the great outdoors, love exercise, fishing and even hunting.

Toy dogs on the other hand, appeal to “little dainty women,” says Coren. (Think Elizabeth Taylor and her string of Maltese)

There’s another perception out there that “the bigger the woman, the smaller the dog.” This Hallowe’en costume takes that cliche to the limit:

Don’t think that tiny dogs are solely for girly-girls. Here are some pretty rough and tough guys who adore their Morkies: 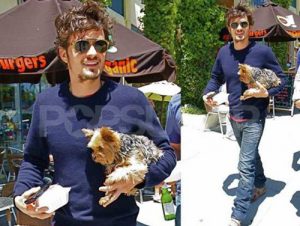 Orlando Bloom and his Morkie Frankie. 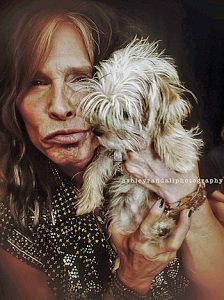 There are always exceptions to the cliche that men love big dogs: think of rocker Steven Tyler, the “Demon of Screamin’” and head of the band Aerosmith.

You’re a bit of a rebel if your Morkie has a name that isn’t, well, normally used on a tiny bundle of love fluff.

This Morkie is living up to his name Harley.

Another example of irony is the tiny Morkie called Genghis Khan. The founder of the Mongolian Empire, he’s about as tough as they get. Darth, for Darth Vader and Vlad (Vlad the Impaler) are two more ironic macho names for a tiny puppy.

Are you an old Softie?

Does your Morkie have the run of the house? Even sleep in your bed? Chances are you are a very warm, empathetic person who sees pets as family members. In fact people who really know you say you’re a real softie!

Names like Chloe, Jack and Charlie – all people names – demonstrate that to you, your Morkie is every bit a part of the family as your kids.

For more about what your type of dog says about you, read more from Stanley Coren. His topics are wide-ranging and he’s very interesting. 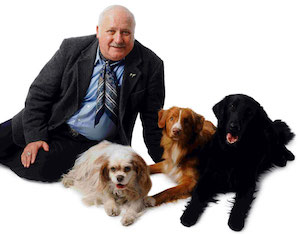 Just a few of Dr. Coren’s books by the way. There are very interesting and a good read too. (links to Amazon.com)