What the !#@%! is up with Nestle Purina jerky treats?

Swiss-based giant Nestle Purina needs to do the right thing and keep their jerky treats made in China OFF THE SHELVES and keep our Morkies SAFE! 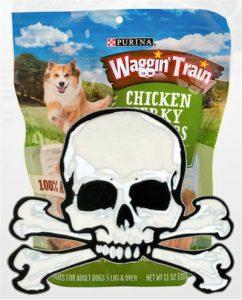 Despite a $6.5 million settlement, Nestle Purina has done nothing wrong!  Oh and there is a “recommendation” (well hidden) that tells consumers, not for dogs under 5 pounds. That’s not enough.  These products should not be on shelves period.

Here are the facts:

“Waggin’ Train now contracts with a single-source, U.S.-based supplier for raw materials at a newly built facility in China and has its own in-house inspectors on site, according to Nestlé Purina’s vice president of manufacturing Bill Cooper, who oversaw the changes in China. The supplier, which Nestlé Purina declined to name, is one that Waggin’ Train has contracted with previously.”

Really Bill, really?  The same factory, the same supplier, the same issues that even the FDA can’t shut down.

Even though they own 28% of the U.S. pet food market alone (that’s over $4,000,000,000 a year in sales) plus massive share of markets around the world — Nestle Purina continues to buy and re-sell jerky treats made in China.  It’s disgusting – but it’s up to us to KICK IT OFF THE SHELVES by not buying  it or any other jerky treats! Please people, it’s just not worth the risk. 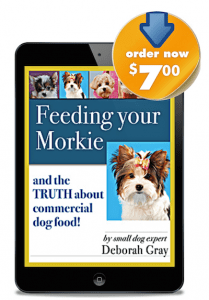 Want to learn more about feeding your Morkie safely?  Read about the downloadable e-book here, “The Complete Guide to Feeding Your Morkie.”   Or order for instant download here, for e-readers, tablets and your computer. Just $7.00