When your Morkie does NOT deserve praise 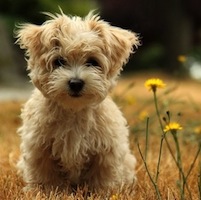 There are two main styles of dog training today. One focuses on positive reinforcement and the other, dominance techniques.

Positive reinforcement doesn’t mean you simply ignore the bad behaviour. Instead, it means that you take away something your dog likes.

Dominance techniques takes it one step further, with a physically dominating action such as putting your arm up to block your dog when he tries to jump up on the couch, so that he falls back down.

As you can imagine, the American Veterinary Society of Animal Behavior is not a fan of the dominance model, also known as the Alpha Dog model. They are concerned that this method of training can be ineffective and possibly dangerous, especially when it’s done by an amateur. Imagine the dangers for a SMALL dog like a Morkie!

And of course, old school physical punishment like hitting, or smacking your dog on the muzzle with a rolled up newspaper, or shouting in his face, is not on today. Now we understand that physical force just teaches your dog to mistrust and fear you.

The Alpha Dog (you) takes any and all actions to both stop bad behaviour and reward good behaviour. 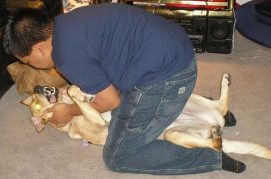 The so called Alpha Roll – where the owner forces the dog on his back and keeps him there.

So instead of just taking AWAY something you dog likes when he misbehaves, you go one step further. An example:

your Morkie is jumping up on the couch and you don’t want him to: in this dominance method of training, you’d not only give him a firm NO, but you might put your arm up a the last minute so that he falls back. Or take hold of him and put him on his back, while saying NO. Or give him a strong pinch, imitating a mother dog. Or, all of the above.

Personally, I don’t see any of these techniques working with a smart, small dog like a Morkie. And yes, you could hurt him – they’re pretty fragile. You would no doubt cause distress and anxiety as well.

So how do you get your Morkie to STOP doing something you don’t like?

With positive reinforcement training, it’s not all about rewards. In fact, there are situations where no praise or reward is needed.

If your puppy is biting for example, you want to stop this behaviour but you don’t want it replaced with another behaviour. So you can work to get him to stop, but he won’t understand praise for stopping. Praising for not doing something, won’t make sense to a dog. So you rely strictly on negative reinforcement.

In this case, you would immediately stop playing with your Morkie the minute he bites, and completely ignore him. Ideally go to another room. Make no eye contact and do not register his presence.

Professional trainers would say you are using negative reinforcement – taking AWAY rewards. You’re removing your attention – which all dogs crave – whenever he bites.

There’s not really an opportunity to praise “not-biting.”

Reinforcement training is relatively new, and it’s based on the idea that dogs learn good behaviour for doing well. There’s no punishment as we used to know it. That kind of punishment simply squashes the dog’s spirit.

Instead, remove what he LOVES – which could be your attention, playing with others, a food treat, sitting on your lap being cuddled… Taking away these positives is called negative reinforcement. 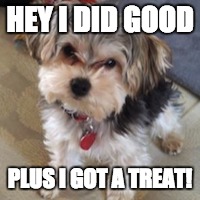 Where do rewards come in?

Rewards come after your dog has done something good, whereas positive reinforcement happens right at the time of that good action.

Your Morkie loves lots of things – many revolve around your full attention, patting, playing fetch or another game, going for a walk, and so on.

If you are trying to train him to stop a certain behaviour, take that “something he loves” away.

Don’t add on a negative action like shouting, hitting or some of the dog whisperer Alpha dog stunts like hold him on his back.

Positive training may take a little longer but it’s well worth it. 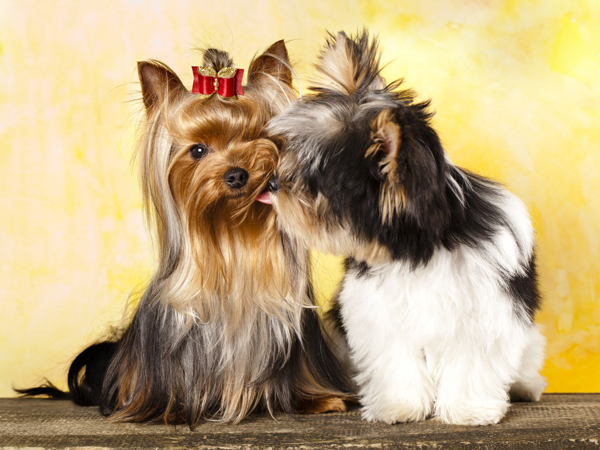