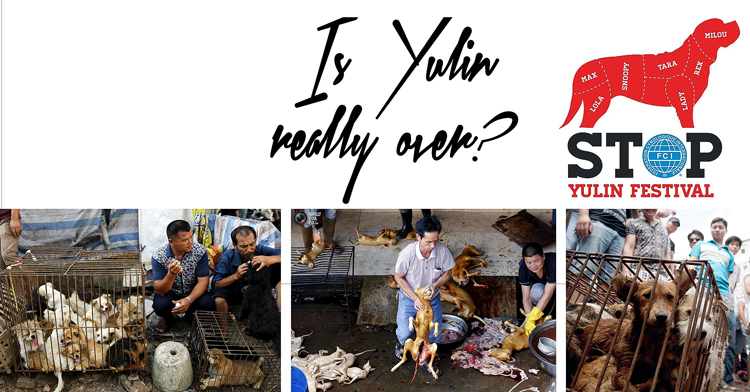 At this annual “celebration” in China, it’s estimated that 10,000 to 15,000 dogs are killed and eaten each year. It’s hard to even imagine the size and scope of this living nightmare.

Condemned to die a barbaric death

Eating dog meat is highly offensive to most of the world. But even worse – the tens of thousands of dogs stolen, bought or specially raised each year – are skinned alive and boiled. Then they are butchered up and served as a delicacy. Visitors can even pick their choice from cages crammed full of live dogs – and it’s quickly skinned, boiled and served. Read more about Yulin festival here on wikipedia 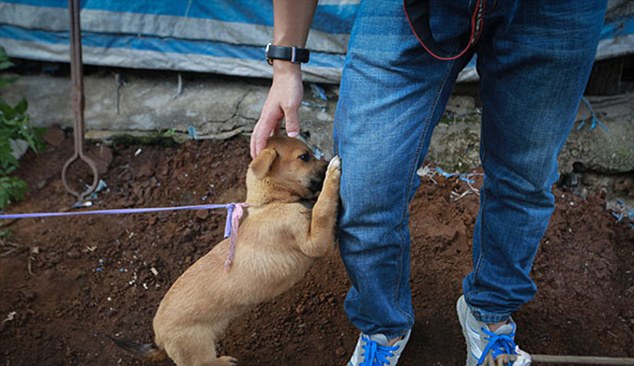 This little pup doesn’t know he’s about to be skinned alive, boiled and served up for dinner at the Yulin dog meat festival.  Reported by the Daily Mail.

Over 11 Million Signatures made it happen 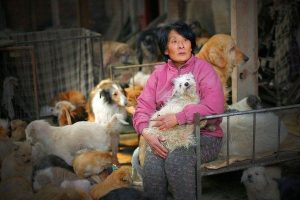 After many, many years of protest around the world, Mr. Mo Gong Ming, Yulin Party Secretary of the government, put a temporary ban on the practice of eating dogs at the Yulin Festival, for this year only. The ban will come into effect on June 15—one week before the “festival” starts. It’s meant to be strictly enforced, with hefty fines and the risk of arrest for violations.  It’s a wonderful first step – but it’s simply that. Why do I say that?

What can you do?

Please speak out now on behalf of animals still at risk, and appeal for an end to this intolerable horror for all time. Andrew Rowan, President and CEO of the Humane Society International urges us to continue the fight – you can sign the NEW petition here. 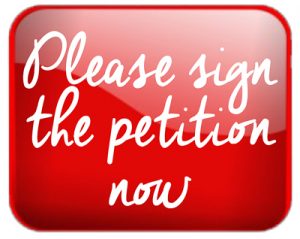 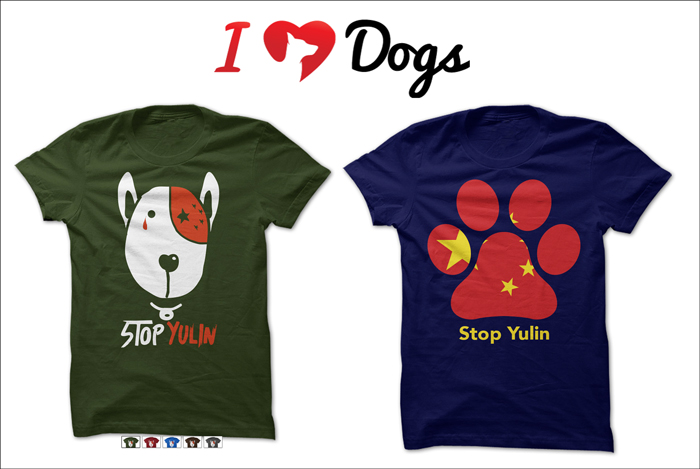 These are great t-shirts – quality fabric and excellent printing. And even better, every single shirt you buy from the website IHeartDogs.com, helps provide food to shelters across the United States. A t-shirt for example, means 7 shelter dogs fed a meal. Hoodie = 15 meals, and so on.

In partnership with Greater Good & Rescue Bank, the website IHeartDogs.com donated over 6 million meals to shelters in 2016!

There are lots of choices and styles, in men’s and women’s sizes.

(By the way, I do not receive any money for promoting IHeartDogs.com)